See Scott's Video Interview at the "Interview" tab above. 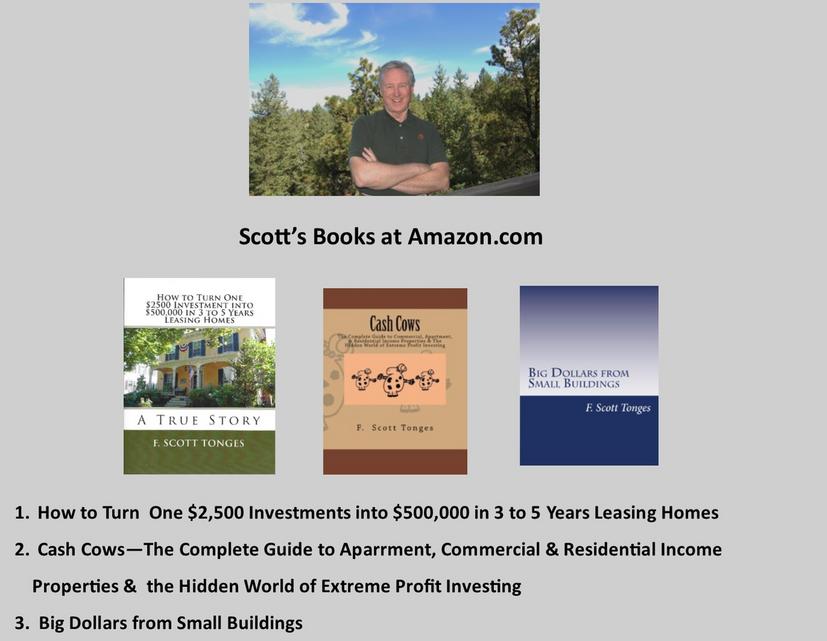 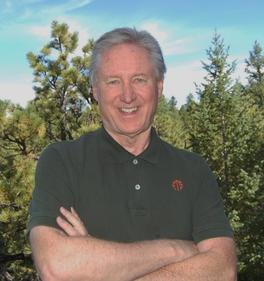 ​Named among the top 25 commercial real estate brokers in the U.S. during his 8 years with the nations largest commercial brokerage firm (now CBRE – CB Richard Ellis) out of 1200 agents, Scott began his commercial real estate career in 1976.   He has been involved in brokering real estate transactions involving every type of commercial income property: office buildings, shopping centers, apartments, medical buildings, industrial properties, and both full and limited service hotels.  He spent one of his 7 years with CBRE (then Coldwell Banker Commercial) as vice president and regional director of apartment property marketing and was responsible for the training and activity of apartment investment brokers in Houston, Dallas, Miami-Ft Lauderdale, Atlanta, & Chicago.    In 1983, as CEO of Polestar Corp. he developed a 5-building, $ 5 million office building project in Houston. In 1985, during the Houston oil down turn, Scott founded his own firm, Tonges-McKelvy. The firm was devoted to commercial and apartment property management.  It grew from 2 persons to 100 employees between 1985 thru 1990.   The firm managed 554, 507 SF of commercial properties and 1,867 units of apartments in 5 cities – Austin, Houston, Las Vegas, Dallas & San Francisco.  Their clients included Texas Commerce Bank, Connecticut Mutual Life Insurance Co, Apple Bank for Savings (New York).  In addition to management, the firm oversaw development of a Burger King and a Savings & Loan building for CB Institutional Fund and Friendswood Savings, respectively.  He has exclusively represented many private investors and institutional investors in commercial transactions including the commercial real estate investment divisions of Deutsch Bank, Imperial Bank Canada, & Merrill Lynch-Hubbard.  This included direct sales, investments, and REO properties.   He was regional director of acquisitions for R&B, a Los Angeles based private firm with $1 billion in holdings including 22,000 apartments.  He has been involved in commercial transactions of every type from small properties up to a     $ 225 million trophy mall.  He later joined Grubb & Ellis, the nations’ second largest commercial real estate brokerage firm.  He was named as a Senior Associate there.  In addition to investment sales in the southwest, he expanded his activity to include lodging property sales and has been involved in transactions across the country.Today, Scott is involved in private investment, writing books, newsletters, and creating investor & agent training courses on income property investment.  He’s the creator of the Real Estate Investing Science training courses (www.ReiScience.com). He taught a state approved continuing education course for real estate agents on income property investment & analysis for 5 years.  He helps investors  acquire, develop and accelerate the creation of passive cash flow from income properties.

He & his wife, Betty, have been licensed private pilots for 19 years . He graduated from Trinity University (San Antonio, TX) with a B.S. degree in physics. He worked for NASA & the Jet Propulsion Lab during the Apollo 11 moon landing.  He is a licensed real estate broker in Colorado & teaches state approved, for credit courses in real estate investments to brokers.    A full bio and client letters is  at the button at the top of this screen.